The Apple Watch is finally here. This video, which was released four months ago, was pretty much accurate. With the exception of the NFC enabled payment system.

The Apple Watch might get Apple some more customers, and is another goodie for the fanboys to collect. However, it’s not clear if the iWatch has enough features to convince those of us who had forsaken a wristwatch for being a mono-functional device in a multi-functional world, to return to owning a timepiece. More discussions in #hkuiom !

As discussed in #hkuiom over the past years, Identity Management is a major unsolved problem that limits the ability for seamless computing and digitized service delivery. A problem that can provide much profits to the company that solves it. Nymi, which ships this fall, proposes to use an individual’s unique heartbeat, combined with a registered smartphone, as a basis for authentication.

FirstBank advertises its mobile app by parodying Google Glass type wearable computers. This reflects the worries of several – technology will distance us from the real world.

One of the ET projects during last term’s #hkuiom showcased several videos on human augmentation. This video is a promo of Lockheed Martin’s HULK Exoskeleton, which is designed to enhance the capabilities of a human soldier.

Phillips and Accenture have created a proof of concept to showcase the possibilities that lie when wearable computers (Google Glass) are used in the healthcare arena.

While these trends will surely change commerce practice in the coming years, the nexus of these trends will be immensely disruptive. Think convergence – contextual apps on wearable computers that provide services based on real-time analysis of social and location data, delivered via omnipresent wireless internet access.

Wearable computing: Think Google Glasses or Motorola Solutions’ new HC1 headset computer that you attach to your head and operate with voice commands

The “open world”: Android’s relative openness has encouraged “contextual apps” to emerge from the woodwork. “Apple doesn’t let them [developers] talk to the WiFi radio or bluetooth radio,” said Scoble.

Weird databases and the rise of “big data”: “We are seeing weird databases spring up like mushrooms,” said Scoble. These include NoSQL, Firebase, and MongoDB.

The maturation of social networks: The leading social media sites like Facebook, Twitter, and LinkedIn are accumulating a massive store of user-generated data. What will they do with it?

And the parodies have arrived. Less than 24 hours after Google showcased its Google Glasses in a G+ video post, the first (pretty good) parody (by Tom Scott) is here.

Google has posted a video about Project Glass – a technology that enables a heads-up display through a pair of wearable glasses. Termed Google Glasses by some, this product will enable users to access Google’s growing basket of services through a combination of voice and gesture commands.  This product, which is rumored to hit the market by the end of the year (plausibly in a less finessed form?) and is being tested in the wild, will provide augmented reality displays by pulling data from Google Search, Maps, and Plus, and also have calendar, contact book, music player, and video conferencing capabilities. Images of the glasses show a rather minimalistic design, thus it is possible that the glasses will connect to a base station (an Android phone perhaps?) via bluetooth for memory storage, GPS, phone and internet access capabilities. 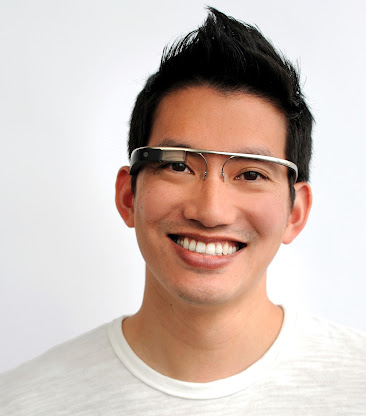 which was introduced to an awestruck audience at TED 2009? Microsoft Research has recently demonstrated Wearable Multitouch Interaction, a

Built on similar lines using a Kinect sensor and pico projector, this device enables any surface to become a multi-touch, gesture-sensitive input device, while also having potential augmentation capabilities. The device does not require any calibration or guidance markers, such as finger covers, to be worn by the user. The system builds upon earlier showcased technologies, such as OmniTouch. While the system is currently hooked up to a computer, it portends wearable computers of tomorrow.

See the original SixthSense video below:

This work by Abhishek Kathuria is licensed under a Creative Commons Attribution-NonCommercial 3.0 Unported License.
A little bit of this, a little bit of that
Create a free website or blog at WordPress.com.
%d bloggers like this: